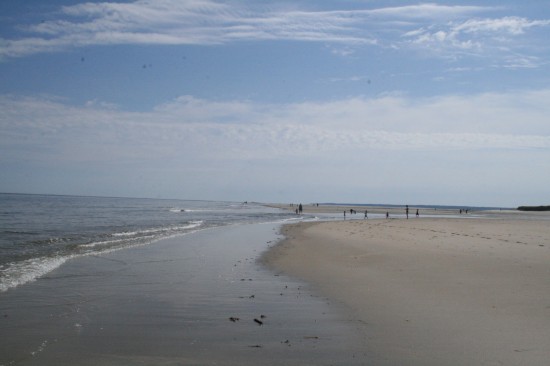 As I thought back over the summer of 2011, I revisited my reflections on the summer of 2010 and on the summer of 2009.  As usual, I was struck by the simultaneous sense that those months were decades ago and just yesterday.  This was a rich and happy summer, though marbled with the melancholy that I now know is an inextricable part of my life.

The beginning of summer, with its trip to Princeton reunions and half marathon, feels like a distant memory.  June rained and rained and rained, and then the sun finally came out for our week in Marion with Hilary and her girls.  Matt’s parents sold the house he grew up in, and officially are no longer Vermont residents.  This was bittersweet for all.

The fourth of July held its usual fireworks and small-town parade, with the extra bonus of getting to spend it with our cousins.

My mother injured herself and spent a lot of July and August recuperating, which was unexpected.  Her indomitable spirit prevailed, though, and she impressed every single person she encountered with her positive attitude.  I acquainted myself in a new way with the middle place, never more than one night when my daughter cried to me that I wasn’t spending enough time with her because I was with my own mother too much.  I anticipate this getting more tender, and more frayed, as I move forward, not less.

July included a wonderful visit to dear friends on Martha’s Vineyard, our annual overnight hike in the White Mountains, a rainbow cake, and swimming, sunsets, and star-gazing.

Whit went to Nature Camp and adored it.  It was without a doubt his favorite camp of the summer.  The kids wore name tags made out of rounds of wood and spent their days “ponding” and “bugging” (the latter sounds particularly charming to me).  He couldn’t get enough.  Unfortunately this camp was an hour away in each direction, so for each of the three days he went I spent four hours in the car.

Grace is an outstanding swimmer- we’re talking laps of butterfly, flip turns, etc.  She’s much better than I am.  I have no idea where this came from.  She refuses, however, to think about joining a swim team.  I suspect that my lack of interest in competition of the sporting kind has lived through another generation, for better or for worse.  Probably worse.

I read lots of stuff, but the books that moved me the most were Falling Apart in One Piece and Just Kids.  I also went through (and am still in) an enormous Stanley Kunitz phase.  Wow.  He says, “I dream of an art so transparent that you can look through and see the world” and I nod and cry at the same time.

I participated in Susannah Conway’s August Break, sharing photographs instead of words.  It was a lovely change of pace.

We went back to Legoland and it was every bit as wonderful as last year.  Different, of course, but equally special, joyful, and memorable.

One of my college roommates celebrated her wedding over Labor Day.  We did a bridesmaid flash mob dance (a youtube training video before the weekend, a rehearsal over the weekend, etc) and shocked and delighted the bride, who is an avid and excellent dancer.  It was so much fun!  The weekend was an extraordinary celebration with women who’ve meant the world to me for almost 20 years.  It was also an important reminder for me of where I came from and of who I am.

I think I finally started flossing.  For real!  I know.  How tragic that this merits inclusion here.  But it does.  I also experimented with a week-long cleanse (without dairy, sugar, gluten, refined anything, meat, soy, caffeine, alcohol) which surprised me, frankly, by being hugely informational and profoundly empowering.  I’m not going to live without some of those things, but I suspect I’d feel a lot better if I cut back on others of them.

I took Grace and Whit for a final summer adventure to the beach north of Boston last week, and we had an entirely magical day together.  It was intensely bittersweet, but I’m so glad we did it.

Another season turned to its end.  On Monday night, the night before the first day of school, Whit cried at bedtime.  He told me he doesn’t want to get older, doesn’t want to stop being 6, doesn’t want to go into 1st grade.  How to respond to this, so vivid a reminder of my own rawest and deepest wound?  I don’t know.  I just hugged him, kissed his forehead, told him I knew and I loved him, that that I believed it would keep getting better.  Then he pulled on his favorite red sweatband and went to bed.