Grace was a colicky baby. I was a colicky new mother. Those first few weeks and months involved far more crying than they did sleep. First, I was lost in the 24 hour tilt-a-whirl cycle of newborn-ness where day and night blend into each other in an endless wash of tears, milk, and a general soggy grayness. As a routine slowly, awkward emerged from this murk I started trying to put Grace to bed around the same time every night. This was no small feat. And it was so scary to me that I remember feeling full-blown dread as night approached, feeling each afternoon as the sun went down as though my anxiety, which started in the pit of my stomach, would eat me alive.

I started playing a Martha Stewart lullabye CD at bedtime. I don’t remember where this came from, but I chose it basically at random and put it into the CD player in Grace’s room. The dulcet tones of “Baby Mine” and “Blackbird” accompanied those early evenings when I would rock her in the ivory rocker, nursing her to a calm but not asleep state. I was obsessed with her learning to put herself to sleep. I’d burp her, swaying with her over my shoulder in the darkened room, humming along to the familiar tunes that got even more well known because I was hearing them every single night. Then – oh, careful, oh careful – I would put her on her back in her crib, standing over her as though she was a grenade about to go off. Well, let’s face it, she sort of was. I’d gradually inch backwards out of the room, freezing in my tracks as though caught in a bad act when she turned to watch me. At the beginning of this enterprise my success rate was low but it climbed over time and she eventually became a great sleeper.

I remember so many nights my anxiousness to get on with my evening. Two feelings, truly, coursed through my veins in those evenings: I wanted to have some time by myself, and I wanted my baby to damn well do what I wanted her to do. I wanted her to just obey and go to sleep. I also wanted a couple of precious hours where I could be nobody’s mother. I hate now knowing that I had both of those feelings. Why was I rushing those minutes past? And why did I care so much about her doing what I wanted? I guess it’s normal that I wanted to get some rest – but, still. I wish I had not wished those evenings away. I wish, now, that I could have those baby-drenched evenings back. Every single one of them.

And that CD still sings her to sleep. To this day, she listens to it going to sleep. Her bedroom is next to mine, and every time she goes to the bathroom or anything in the night she turns it on again. In many ways this CD is the soundtrack of my life. I’ve had to replace it twice. I can sing every single song from that CD, though the ones that come to mind most viscerally are Come Away to Sea and Home. I imagine a day when I am walking down the street – or being wheeled – at 80 years old, and I hear an acoustic version of one of those songs. I will be, instantly and powerfully, back in a darkened nursery suffused with the powder smell of baby, a dark-haired infant scrunched up against my chest, rocking her back and forth.

When I think back to that 28 year old woman I feel flickers of empathy for her but mostly I feel frustrated at her, even angry. I wish I could shake her – myself! – by the shoulders and let her know that she would spend the rest of her life wishing she could reach back to live these minutes again. There’s things I’d like to tell her … but I can’t. Of course I could not know that then.  Isn’t this, in fact, the struggle of our lives?

Come Away to Sea (David Wilcox) 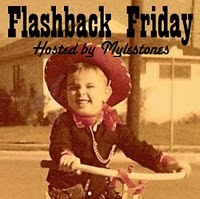