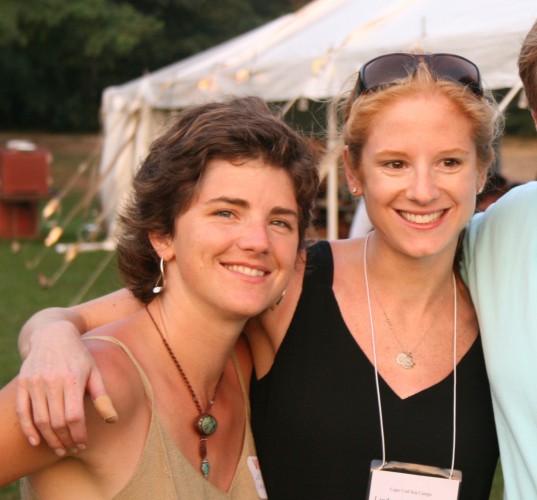 As I was driving last night, Like a Prayer came on and my thoughts drifted, immediately and firmly, to Leigh. They always do. Leigh is a dear, dear friend of my childhood. We met at a camp on Cape Cod when we were 12 or 13 and for several summers enjoyed an intense friendship. Leigh was everything I was not and wanted to be: beautiful, artistic, musical, outgoing, confident. She played Dorothy in our camp’s presentation of the Wizard of Oz, she mastered all of our various activities with aplomb and ease, and everybody at camp knew her name. For some reason she chose me as her tightest confidant, and we spent several summers arm-in-arm. We were LeighandLindsey. We shared clothes and a bunk bed and whispered stories late into the night and endless letters back and forth during the school year.

One year Leigh and I choreographed a dance to “Like a Prayer” for the talent show. We performed it over and over again, practicing daily in the outdoor theater with rustic wooden benches clustered under a stand of trees. Above the stage, across the front of the simple wooden building, the camp motto was displayed proudly: I Can and I Will. That song, for the rest of my life, will bring me right back to that summer of 1989 or 1990, to Leigh and I dancing down the dusty aisles between the benches, singing along during our practices and with broad smiles during the actual performance. I remember it as a rare moment of abandon and confidence for me: somehow, in the light that Leigh cast off, I felt brave. In her aura I too was lit from within.

This was a special, formative friendship for me, one I have held close even though we were out of touch for years. It was an enormous treat to see each other again a couple of summers ago. The occasion was our camp’s anniversary celebration, and we met for a day of swimming at her family’s house on Cape Cod. It was lovely to see Leigh’s parents, who had been a real part of my childhood, and to meet her son and husband (the pictures are from that day). I was reminded again of how that summer camp brought me some very special friends, chief among them Jessica. There are others, though, and I feel very lucky. (One of these special friends, who lives in Alaska, generously sent Grace – who he has never met – pictures from watching the actual Iditarod this past weekend. Her class has been studying the Iditarod for weeks {yay 1st grade private school education!} and Grace’s bringing the photographs in was apparently an enormous hit. Thank you K!)

Leigh, you are on my mind now and you are every single time I hear Madonna singing Like a Prayer. When I hear that song, I feel as though I can close my eyes and be back on the stage in Brewster, dancing our hearts out, sheer energy and delight radiating from us. I feel in touch with both you and the me I was then. This is such a gift. Your voice, you, those sunlit summers of our teen years, all of that will always feel like home. I hope to see you soon. 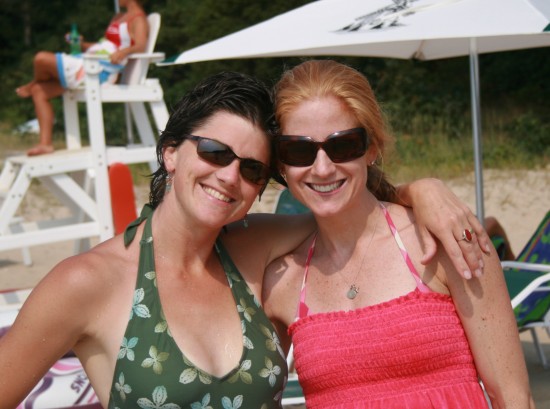