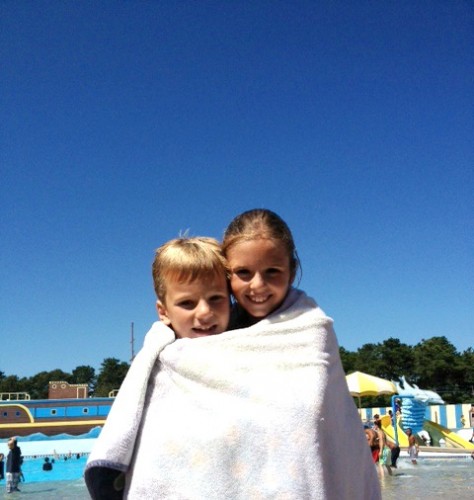 Last year we marked the end of the summer with a day at Crane’s Beach.  It was my plan to return there, but I realized that meant an extra two hours of driving in a set of weeks that have held a lot too much driving already.  So we went south, and spent the day at a water park near my parents’ home.  Not as scenic as Crane’s, by a long shot, and the pictures aren’t as spectacular.  But the point of the day held, and held fast: a day for that I spent just with the children, just for the children, to celebrate the turning of the seasons.  We had the most wonderful time.  And just like the last time the three of us bobbed in a wave pool, I was strangely moved by the experience.  They faced the waves without fear, with wonder, with delight.  And because of them, I can do so too.  Onward.

1 thought on “The end of summer”