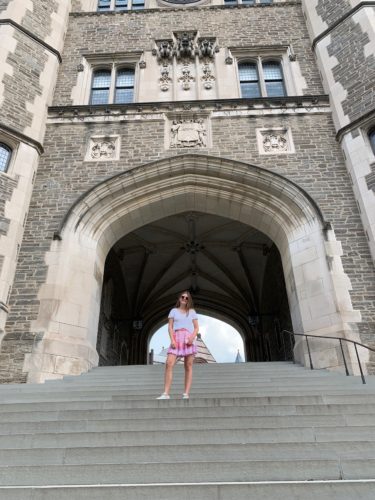 Over the course of the last three weeks, Grace and I made three separate trips to visit a total of 13 colleges.  As we planned these trips (with precision, I might add!) several people told me how important these experiences had been to them.  These were from all perspectives: people reflecting on college trips they had taken with their parents, parents remembering special visits with their teenagers, and people just slightly older than me who’ve recently done this.

And all three trips – Philadelphia, Connecticut, and Virginia/DC – were absolutely marvelous.  Chock-full of memories and laughter and the occasional bickering too.  Just because we are regular people.  We visited a couple of dear friends but largely kept that to a minimum so that we could just be the two of us.

We danced with the past, the present, and the future these last few weeks, in different, complicated, and lovely ways.

More than once I had the kaleidoscopic, dizzying feeling of time contracting and of my own teenage self walking alongside my adult self and my teenage daughter.  My father in particular was so viscerally present while we toured my alma mater and his that I positively ached for him.

We were quite adamantly present.  I did some work in the afternoons and evenings, yes, and we stayed with two of Grace and Whit’s three godmothers, but mostly we spent a lot of time alone.  We went for runs in spectacular nature preserves, explored unfamiliar towns, tried new restaurants, passed many hours driving, got a little bit lost, experienced two major rain squalls, and took a lot of selfies.

Most of all, though, these three weeks made me aware in a new way of the future.  All of a sudden I can see and sense the years that lie ahead for Grace – the years that were some of the most cherished and formative in my own life – and they are dazzlingly bright.  I feel excited about the experiences that lie just over the threshold for her.  She has two more years of high school, and this future isn’t here yet, but she – and I – feel suddenly aware of it in a new and tangible way.  Like all transitions, this one is bittersweet (holding within it as it does her departure from our home – though, in many ways, that’s already happened), but the truth is it’s far more sweet than bitter.  I’m just plain old excited for her.  It didn’t escape me that the two women we stayed with – two of my very dearest friends – are people I met when I was in boarding school and college.  She’s building relationships and laying down memories now that she’ll have for the rest of her life, and that fact makes me happy.

I shared many photos of our tour on Instagram, and for the next month I’ll only be there.  Happy end of summer, all. 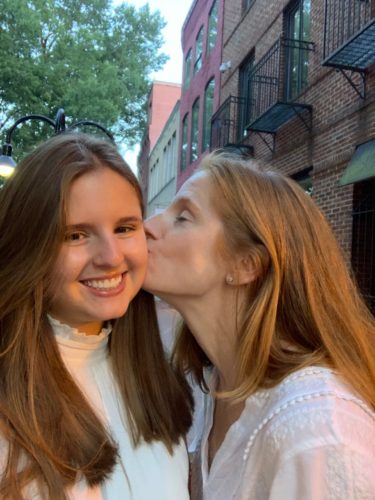