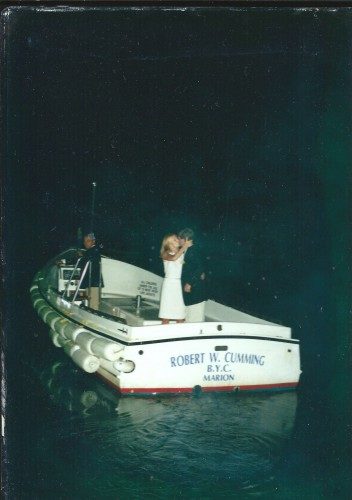 This picture was taken by my college roommate’s mother as we left our wedding reception.  We don’t have that many pictures from our wedding (I shared a few yesterday here) and so I am now recycling them, so long have I been writing anniversary posts to mark the years as they tick by.

This year was one for the ages, no?  I’m still finding my footing and I know you are too. Certainly the last year of our marriage held the most transition of any since we got married.  These haven’t been easy months.  We are both volatile and fragile at the same time, and treating each other with gentleness, surely always a core tenet of marriage, is something we’re learning how to do (and the importance of) all over again.

I’m frankly without words when I try to write something commemorating today. And as you know that rarely happens to me.  I feel overcome with all there is to say at the same time as I feel so spent as to find it hard to really say anything at all.

That was February, and it’s all still true (though now, almost 12 months). Right now feels enormous, heavy, gorgeous, fraught, and fleeting.  I’ve never been more aware of how fast it all goes and of how ephemeral our lives are. I know sometimes the way I wrestle with this reality is frustrating.  The week or two before Grace left, when I labored under suffocating weight of her pending departure, were surely not your favorite of our marriage.  They weren’t mine either.  And I know that can be traced back to this awareness, not new but newly keen, newly visceral, newly urgent, of how fragile and evanescent this life is.

And despite those messy weeks, despite the times I don’t act with gentleness, despite the heartbreak and difficulty of the last year, despite the dishes in the sink and the rush out the door in the morning, despite it all, you’re still the one I want to be walking with. Into the mystic we go. I’m still amazed.