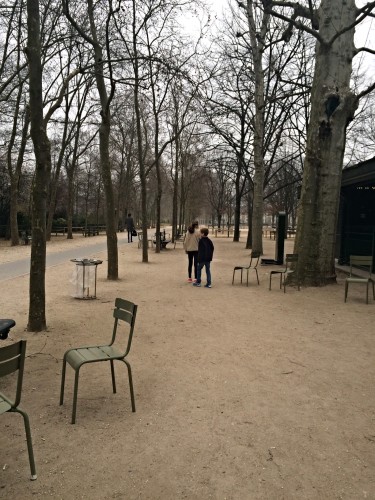 “Why do all the good things go so fast and the bad stuff takes so long?”

Grace asked on our last night in Paris.  Oh, dear girl, I don’t know.  I blinked back tears.

We just got back from a week in Paris.  Years ago I wrote about my dedication to do everything in my power to make sure my children see the world.  We aren’t having the adventurous childhood that I was fortunate to have – living in three separate countries by the age of 12 and seeing more of Europe than I can possibly remember.  No, we are staying put.  I’m the unadventurous one.  But I do want Grace and Whit to understand that the world is large, and shining, and complicated, and thus to see that they are a very, very small part of it.  We’ve been incredibly lucky so far with trips to Jerusalem, Washington DC, the Galapagos, and now Paris.  We are not through with our exploration, that is for sure.  Watching Grace and Whit’s eyes light up when they experience something new is one of my life’s great pleasures.

Watching that in Paris was particularly poignant, because it occurred within layers of my own memory, and with my own parents watching.  We lived in Paris for four years when I was a small child (ages 3 to 7).  Last week, I often felt like I could sense the child me standing on the street corners.  We wandered past the door of our first apartment, played in the park that had been my sister’s and my favorite, and walked through Metro stops whose names I recall singing as a child.

I lived in Paris during the years that childhood memories solidify, like a boat emerging out of fog. Gradually and then without question. At 3, I remember very little.  Our first apartment is almost entirely lost to me, other than the evocative street name where it was and the long chain we pulled to flush the toilet. By 6, before we left, I remember much more.  Still, I was surprised by how much came back to me last week. I was surrounded by faint recollections as we walked the streets, almost more like sense memories than specific ones.  Even at the level of language, words I had no idea I remembered came to my lips. I understood far more of the conversations around me than I expected.

The photo above captures one of the moments where the past nudged into the present, folded like an accordion, and I felt dizzy.  I have many memories of playing in the Jardin Luxembourg with my sister, some vivid, some vague.  I also have pictures of us standing along those specific trees (probably at this very  time of year)  And yet last week it was I who was the mother, suddenly, already almost a decade older than my own mother was when she watched her American children (so much smaller than my own American children) running down the aisles between the trees and shrieking with laughter.

This time, I watched Grace and Whit run.  I pulled my coat around me tighter, glanced over at Matt, walking next to me, and tipped my face up to the blue-gray sky.  We passed the carousel where, as a child, I held a stick and tried to grab the brass ring, covered up now for the day.  Oh, time.  Oh, life.  It never ceases to take my breath away. 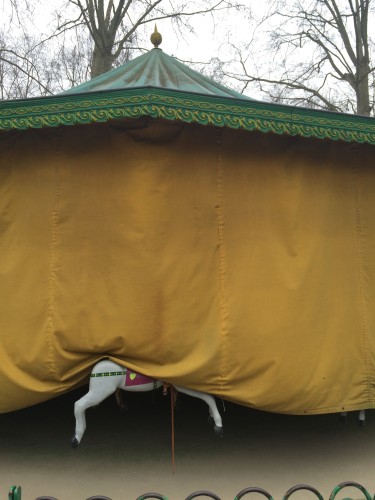