Letting go continues to be a theme in my life.  I think about what I wrote in December and it’s all still so true:

This letting go is releasing my white knuckle grip on the way I wanted my life to be.

It is EM Forester’s familiar words: “We must be willing to let go of the life we had planned, so as to have the life that is waiting for us.”

It is also acknowledging that certain things are lost and other things will never be.

It is accepting, with a deep internal settling, the passage of time against which I rail so often and so furiously.

It is the sentence of Jack Kornfield’s, to which I return again and again with an instinct as rhythmic and powerful as the tide, its truth ineffably sad and profoundly uplifting at the same time:

To live is to die to how we wanted it to be.

But this summer there’s a new note in the chorus.   Whit is letting go, too.  Giving me no choice but to do so, and to watch him ascend, move away, stretch the raveling red string that ties his heart to mine.  First, there’s the lost tooth.  Oh, my aching heart.

This past weekend we visited friends on Martha’s Vineyard.  We spent most of Saturday at the beach.  At the end of the long dock there was a twisting slide that dropped off into the ocean. 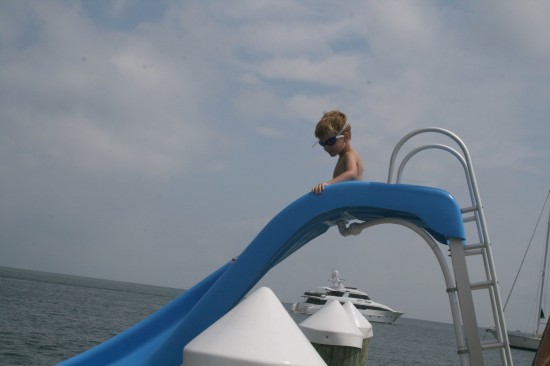 It’s hard to convey how tiny he looked sitting at the top of this slide from the beach.  I walked down and stood by him as he deliberated, deciding whether to let himself go.  And, finally, without any announcement, he did. 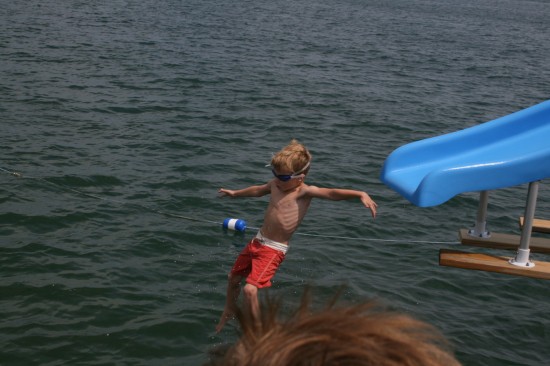 The week before we went to the Vineyard, I’d enrolled Whit in a neighborhood camp around the corner.  He knew exactly zero people there.  And on the first day, I signed him in, watched him make a name tag, and then stood with him at the corner of the playground.  “Are you ready for me to go?”  I asked him.

He looked up at me, indicating I should crouch down so that he could whisper something to me.  “Yes.  See you later.  I love you.”

And then away I went.  With a few glances over my shoulder, to witness this. 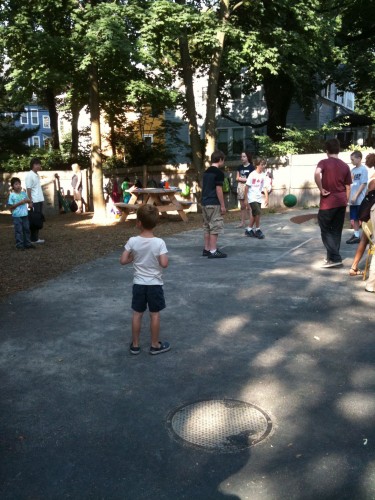 He is tall and lean and looks like a full-blown boy, his hair is bleaching quickly to summer blond, his smile is now crooked, and he’s reading early readers about rockets and bugs.  It’s all blurring in front of my eyes because it’s moving so damn fast.  Like an invocation, I chant silently to myself: let go, let go, let go.

But still he still sleeps with his Beloved wrapped in his arms.  Still. 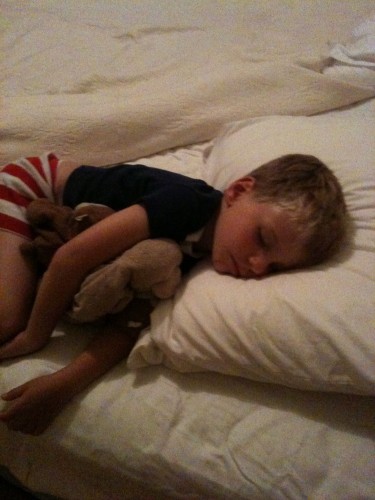 13 thoughts on “The summer of letting go”