Once upon a time I had three fabulous, brilliant, entertaining roommates in college.  Let’s call them C, C, and K.  They are still ground zero.  I’ll never forget the year we lived in a quad so small that we had to take out all four desks to un-bunk the beds.  That was the year when I broke my leg, K’s boyfriend broke his arm climbing out of our window to escape fraternity duties, C woke up with a footprint on her tee shirt, and a whole lot of other shenanigans ensued.  After graduation I moved to Boston and met one of the C’s best childhood friend, T.  We spent much of those first post-college years together in Beacon Hill bumbling through early adulthood:  drinking bourbon, singing along to Vertical Horizon, and meeting our now-husbands. 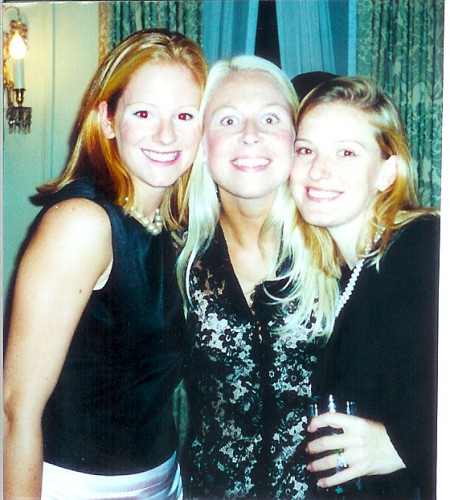 C, T, and I got married within a 10 month span.  C and I were pregnant for the first time together, an experience I still draw on, a bond that remains strong and salient.  Those babies were born less than 3 months apart from each other. 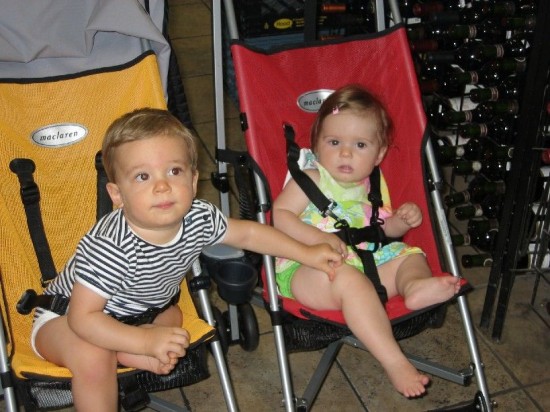 C always lived abroad so we saw each other rarely.  Mostly when she came home to visit her family.  For example, in the summer of 2003, when we each had one baby with fat thighs, a Maclaren stroller, and a cute face that only sort of made up for the early colicky months.

Then we had more children.  T’s first child was born alongside Whit and C’s second, and then C had a third at the same time as T’s second. We met for dinner tonight and I was simply awestruck by the number of children we had created. 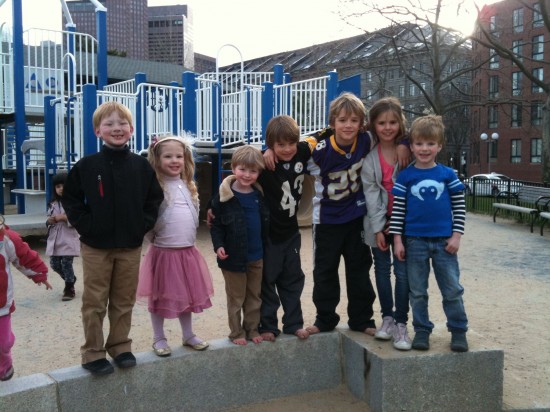 All seven of these people came from the three of us?  The three of us, who just yesterday were drinking cheap white wine on the futon in my first apartment?  Spending all day Sunday on that futon, watching made-for-Lifetime movies and eating bagels?  My God, it is SUCH a cliche, but where does it go?  Our firstborn children are now much closer to being 18, and freshmen in college, the age that we were when we met, than we are now.  The sheer mathematical reality of that brings me to my knees. 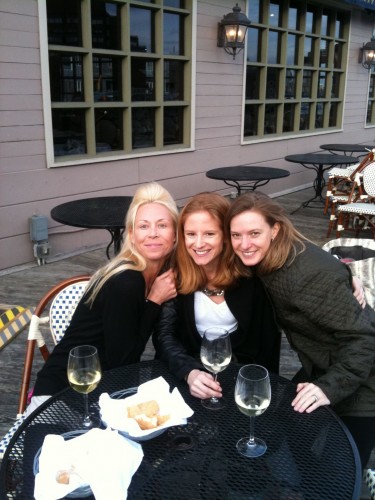 I am intensely grateful that I have such old, steady, sturdy, fabulous friends to walk this path with.  These are the friends with whom I can simply be.  Last night my eyes filled with tears across the table with C as we talked about the contents of our hearts, about the joys and about the disappointments that live therein.  Tonight all three of us sat and sipped wine in the rapidly-cooling spring evening as our children ran in the playground next door.  They remember my children as babies, as I remember theirs.  I am thankful tonight, my heart physically full of the pink spring sky and the promise of the world turning towards summer and the futures of our children, growing faster than I can bear, their cries of happiness ringing through the evening hush.

Also, I am sort of pulling for these two to fall in love.  Just don’t tell them I said so.  Their thighs aren’t pinchable anymore, and our concerns about their nap schedules and potty training and solid food preferences have been replaced by much more complicated worries.  Those yellow and red Maclaren strollers are a distant memory.  But I still think of them as the vanguard.  And I think they’re pretty great. 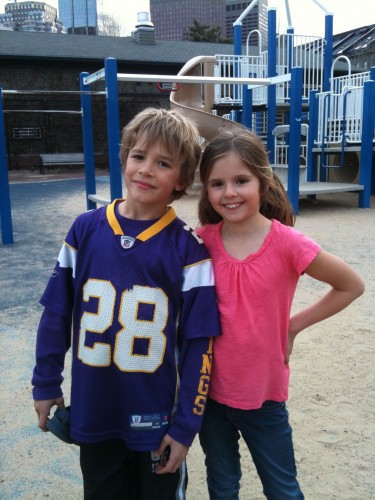 10 thoughts on “Old friends and the next generation”