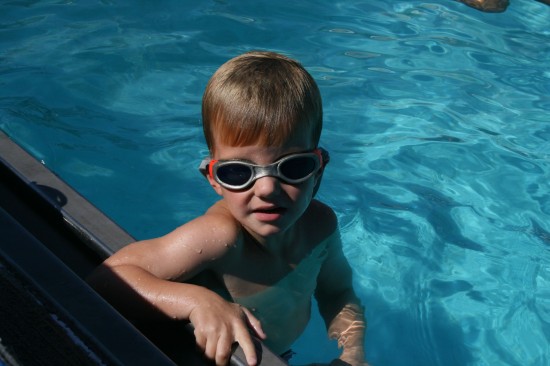 I have a few areas of definitive, even spectacular, parenting Fail.

Food.  Both of my kids are terrible eaters, Whit far worse than Grace.  I never make them finish their food, and generally believe that no child will charge in the presence of food.

Shoes.  There will come a day this fall when inevitably the only shoes that fit my kids will be crocs and rainboots.  Probably a day when we need to do something like go to soccer practice or church or a birthday party – that is to say, somewhere that crocs and rainboots are at best inappropriate and at worst totally insufficient.

Tooth brushing.  Um … casual.  At best.  I’m just not sure I feel the urgency here.  Every time we go to the dentist my childrens’ beautiful teeth are remarked on.  See?

Googles.  Oh.  My.  God.  I hate the goggles.  I continuously forget them and then deal with screaming kids who won’t go in the water.  I’m sure this is some kind of Freudian attempt by me to subvert their goggle habit, but it’s not working.  I forget them, they lose them, they don’t work, they can’t be tightened or …

Is there a parenting nadir lower than the broken goggles?  If so, I don’t know it.  Well, specifically, overtired + broken goggles. And, + my 5 year old boy.

Today, with half an hour on the clock at Basin Harbor, I was trying to pacify a hair-trigger, exhausted Whit by letting him jump off the diving board a few more times.  He came over to me and asked me to tighten his goggles.  I did so … and wound up with one of the ends in my hand.  Uh-oh.  The goggles were still on his face.  Aware that I was surrounded by land mines, I suggested, gingerly: why don’t you just go in with those?  Mentally, I was already trying to figure out where we could  stop en route to my in-laws’ to get a new pair.

Whit barrelled off of the diving board, came up smiling, and swam to the side.  I sighed.  Crisis averted.

Just as my pulse was beginning to slow, Whit was standing in front of me, goggles in hand, face awash in both pool water and tears.  “They broke!  Mummy, you broke my goggles!  You are the Worst Mummy Ever!” he shrieked.

He handed me the goggles and the orphan piece of rubber.  “I can fix them, Whit, I can,” I said urgently and began the panicky effort to thread the broken end through the (incredibly difficult, still, always, why?) fastening at one side.  I tried to poke the rubber end through the small opening.  Tried it in both directions.  Used my teeth.  Futile.  Frustrated.  Frantic.

I HATE GOGGLES.  Have I mentioned that?

A kind-looking woman walked over to me, holding out a pair of blue goggles.  “Do you want to borrow these?” she addressed Whit directly, who set his lips and vigorously shook his head.

“Let’s try them, Whit,” I smiled gratefully at her.

“Believe me, I’ve been here.” What a nice woman.  The goggles didn’t work for Whit (the pickiness, also, with goggles?  because they are unnecessary, children … get your face wet already).  But they interrupted his rising tantrum in a way that was incredibly helpful, and the offer touched me.

Just be kind, people.  We are all trying.  Stranger woman, fellow mom at the pool?  Thank you. 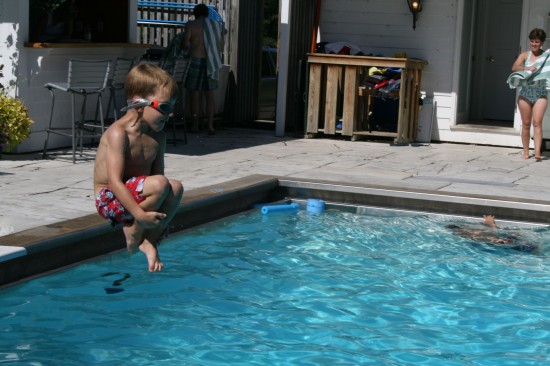 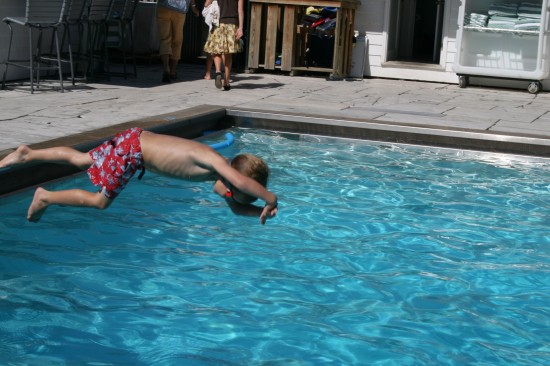 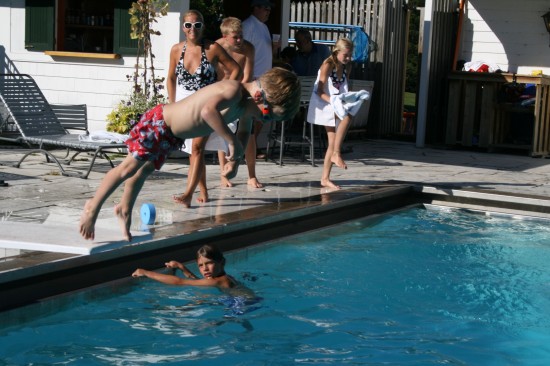