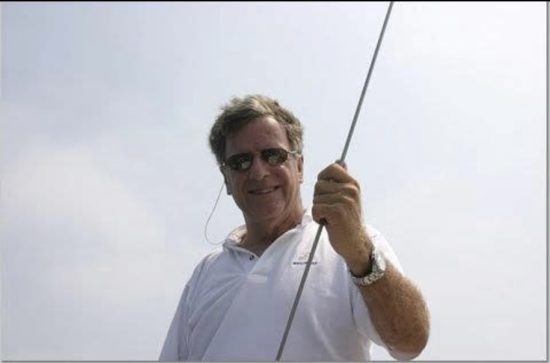 The first is George Strait’s song “Love Without End, Amen.”  I have been listening to a new playlist of music and this is on it.  The song reminds me powerfully of my dad.  Not because he listened to country.  He didn’t (his tastes ran to sea shanties and Kings College Choir Christmas carols).  But because of the line about a father’s love being a love without end.  Amen.  And I feel so overwhelmingly grateful to have been parented by a father so steadfast, so loyal.  A father whose love was truly without end.  The part that is remarkable is that my father’s own parenting was, I think it’s fair to say, iffy.  And he was one of four boys who grew up in a deeply masculine environment.  My grandparents weren’t sexist at all – in fact my grandmother was one of the original feminist influences on me – but they were traditional. And Dad turned it around.  He raised two girls to be anything they wanted to be, with the firm conviction they could.  The only time I remember him doubting me, ever, is when I said I wanted to be on the Supreme Court but thought I might skip law school.  He looked at me with a bemused expression and averred that “that one might be tricky.”

The second reason is a quote I read on Instagram from Roald Dahl.  “The more risks you allow your children to take, the better they learn to look after themselves.”  The quote is by Roald Dahl and it was Alexandra Purdy who shared it.  The story this quote makes me think about is one I know I’ve told before.  In sixth grade, I had to bring in a note from home saying I did not need to wear a helmet when the class went ice skating.   Mum was busy so I had to ask Dad to write the note.  He looked at me with a gleam in his eye and proceeded to uncap the fountain pen he always used.  “Recognizing that risk is an inherent part of life …” the note began.  He refused to write me a regular permission note.  I was horrified for weeks.  And now the adult me thinks about that moment all the time.

I have the sense that sometimes people think we are a little comfortable with and honest about risk with our children.  I’ll never forget the other parents who told me I was wrong when, holding a 4 year old Whit on my lap to have blood drawn, I said “yes” when he asked me if it was going to hurt.  I know there were some who could not believe we took Grace and Whit to Israel (and to Palestine) when they were 8 and 10.  Others who thought it was insane that 2 days after getting his driver’s license, we let Whit drive to the Cape.  The story with my Dad that I recall is hoisting Whit up the mast on our sailboat to fix a broken masthead light.  I remember that Whit was nervous, and asked me if this would be scary.  I looked him right in the eye and said, “Yes.  But I’ll be right here and you’re safe.”

I told someone recently that the most instrumental influence on the way I parent is my father’s belief that the whole enterprise is 95% nature.  I could not agree more.  But reading Dahl’s quote made me feel comforted, and seen.  In closing, a picture of Dad at 18 in which I see so much of Whit.  Fitting that both of the photos of him are driving sailboats, which is where he was happiest. 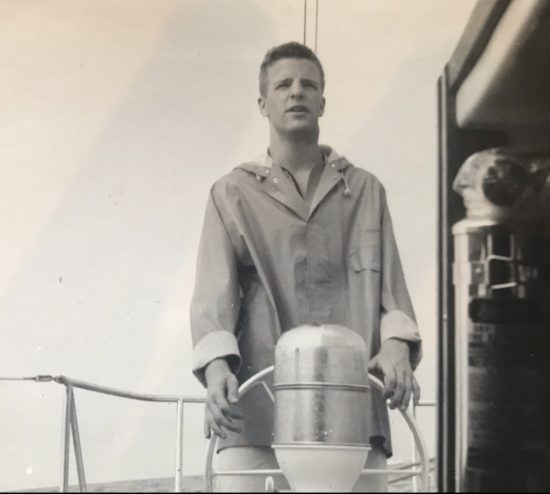