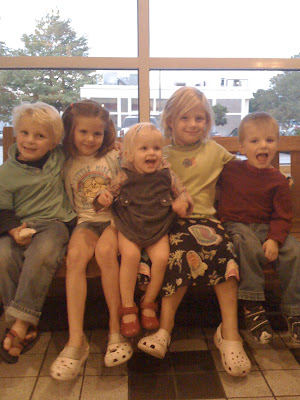 Grace, Whit and I had dinner tonight with Jen, Clemmie, Campbell, and Adelia. What a remarkable thing it is to have a friend who has known you since the very beginning … of motherhood, that is. Grace was 3ish weeks and Clemmie just over 3 months when we met for the first time. Jen, I’ve realized, is a kindred free range parent. Unlike the jaw-dropping looks of incredulity that met my announcement of Grace’s having flown alone, say, on the playground at Whit’s nursery school, Jen smiled and said, “I would do that with Clemmie!”

Photograph below is Grace and Clemmie at Clem’s first birthday party in Brookline in August 2003. How time flies! They are both kindergarteners now, but (blessedly) no less delighted to be in each other’s company. 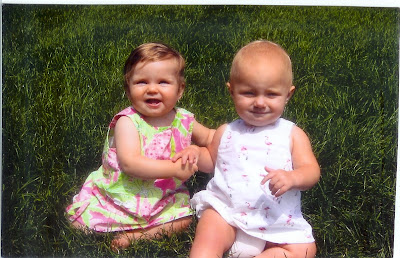